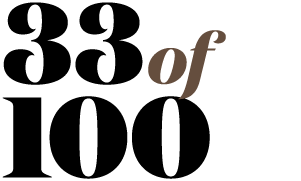 This man doesn't take his gym membership for granted

In the 1990s, while up a tree trimming branches, Peter Babich managed to dislodge himself from the tree, instead of the branch he was trying to remove.

On the way down his forehead connected with one of the branches he’d been more successful at removing. He was admitted to intensive care with a face that would stay black and blue for at least a month. He recovered remarkably quickly, which the medical staff put down to his years of playing sport and working hard in the vineyard. It’s an incident Peter’s never forgotten and even now, in his eighties, he still goes to the gym twice a week to stay fighting fit.