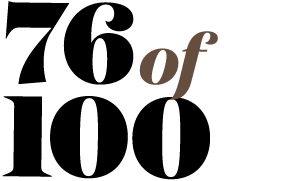 In 1975, a young student named Michael started working in the vineyards at Babich Wines.

After a few years, it became apparent that despite his love of all things wine, he wasn’t really made for manual labour. Crashing the tractor was the final straw, and he was hauled inside and made into our first marketing manager instead, a post which he held for ten years. But it was clear he had something bigger on the horizon. He published his first wine book in 1984 and then, in 1990, left the Babich ranks to pursue his new career. 25 years on, Michael Cooper has published more than 30 books and become one of New Zealand’s best wine writers (and we’ve forgiven him for crashing our tractor).