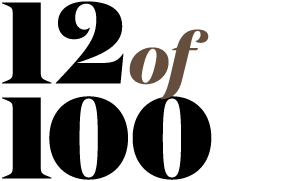 Every family has secrets, they're just not all worthy of a trophy

Trying something new can be costly. So when Joe Babich wanted to experiment with French-style barrel fermentation, he was reluctant to let Peter know what he was up to.

Buying a couple of French oak puncheons on the quiet, he set about crafting a new chardonnay using grapes from the Irongate vineyard. Confident he’d cracked it, but still relucant to reveal what he’d been up to, he entered it into the 1985 National Wine Awards and won the Vintners Trophy. That was the first time anyone else at Babich Wines had heard of the Special Reserve Chardonnay, but it wouldn’t be the last; it went on to scoop multiple awards. From Joe’s first experiments this wine has come a long way. It’s now our flagship white and known by a different name, the Irongate Chardonnay.